Charles City Public Library is pleased to announce a virtual visit from Dr. 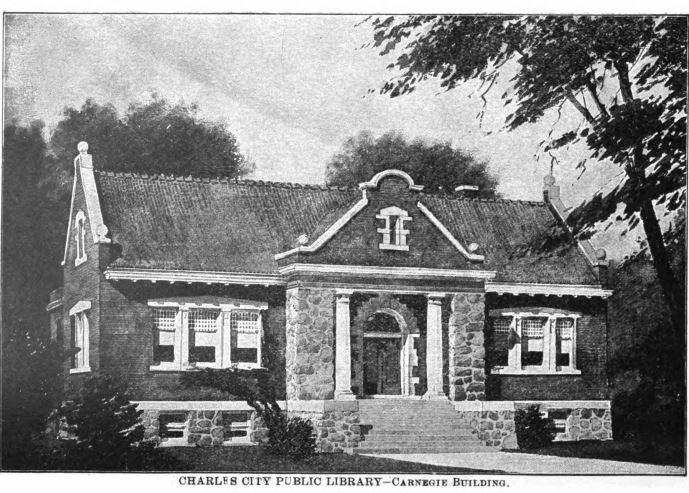 Shana Stuart, director of the Carnegie Libraries in Iowa Project (CLIP), on Monday, April 5 at 6:30 PM. Dr. Stuart and CLIP seek to chart the history of Iowa's Carnegie libraries by creating a publicly accessible digital library of images as well as other documentary and statistical information. Named for the benefactor Andrew Carnegie, 104 communities in Iowa sought money to build public libraries between 1892 and 1917. Ultimately, 99 communities accepted the money, including Charles City, and those communities built 101 public libraries across the state. The active response of Iowa's communities meant that Iowa built the 6th highest number of public libraries. Charles City's Carnegie Library building is no longer used as a library; instead, it houses the Charles City Arts Center. The program is free for the public and accessible via Zoom. For meeting information or attend in the Zastrow Room, please contact the coordinator, Kamryn, at kamrynk@charles-city.lib.ia.us or 641-257-6319.