Book Reveiw: The Shadow of the Wind by Carlos Ruiz Zafon

Want a beautifully-written picture of Barcelona in the mid-20th century? Interested in mysteries and books about books? Love a good gothic atmosphere? Boy oh boy, do I have a recommendation for you: The Shadow of the Wind, by Carlos Ruiz Zafón, is one of my new (twenty-year-old) favorites to be found at Charles City Public Library. 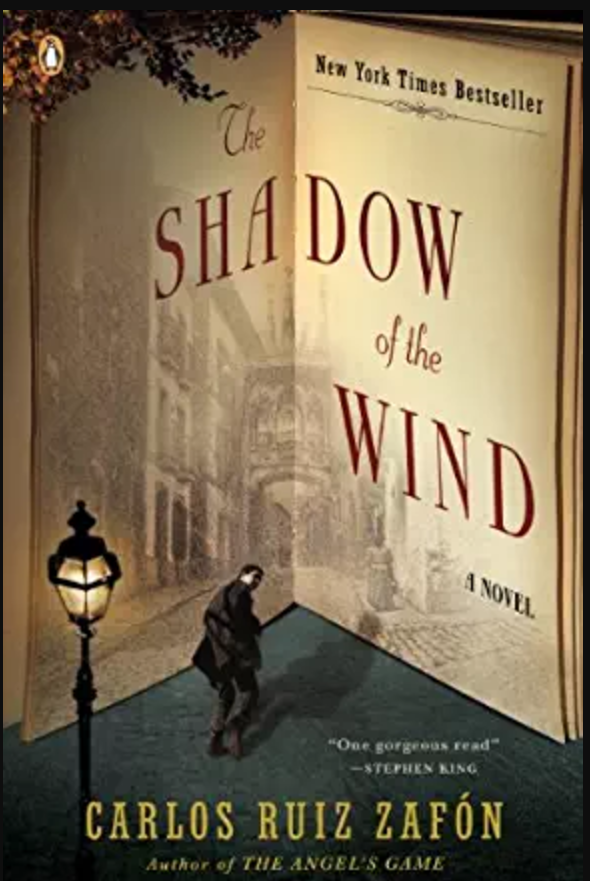 While most of the book takes place in the 1950s, it begins on a morning in 1945 when our eleven-year-old protagonist, Daniel, awakens unable to remember his deceased mother’s face. To console his son, Daniel’s father takes him to the Cemetery of Forgotten Books - a secret, labyrinthine library housing rare and invaluable books. Daniel is allowed to pick a book of his choosing (or perhaps the book chooses him), and he walks out with the titular novel The Shadow of the Wind by one Julian Carax… and it isn’t long until he realizes that he may have the only copy of the book still in existence. Someone is seeking out all of Carax’s novels and burning them, and as Daniel reaches adulthood this mystery will consume him as he tries to seek out the truth.

The novel The Shadow of the Wind that we read (not Carax’s) sweeps us into its world as Barcelona and its residents as they try to recover from the Spanish Civil War a few decades earlier. Watching and aiding Daniel in his search for the truth are characters who have felt the full brunt of the war. The most significant of these is Fermín Romero de Torres, a captive of the war, who is hired as an assistant in the bookshop Daniel and his father run and quickly becomes one of the most memorable characters and Daniel’s best friend; on the other hand is Police Inspector Francisco Javier Fumero, who used the war to his advantage and is known throughout the city for his ruthlessness and brutality. While these two are on the extreme ends of the spectrum, Zafón includes plenty of characters whose backstories and motivations aren’t so obvious and unfold much more closely to Carax’s story than inspected, and even those of little significance to the overall plot are delicately and wonderfully crafted for the reader to enjoy.

Perhaps the best aspects of this novel are its atmosphere and the language used to color it. The vast majority of the plot takes place in the aptly named Gothic Quarter of Barcelona, and you can tell that, even without knowing the history of the city. Additionally, as a statement that requires a bit of explanation, it’s apparent from the beginning that this book was originally written in Spanish by a Spanish author: the lilt of the language is a delight and entirely appropriate to immerse the reader 70 years in the past, and Lucia Graves deserves a huge shout-out as the translator.

Zafón’s The Shadow of the Wind is available in print at Charles City Public Library, as well as in ebook and audiobook format through BRIDGES to all patrons with a valid library card. Call to read it today!