Book Review: When you Trap a Tiger by Tae Keller

Book Review:  When you Trap  a Tiger by Tae Keller 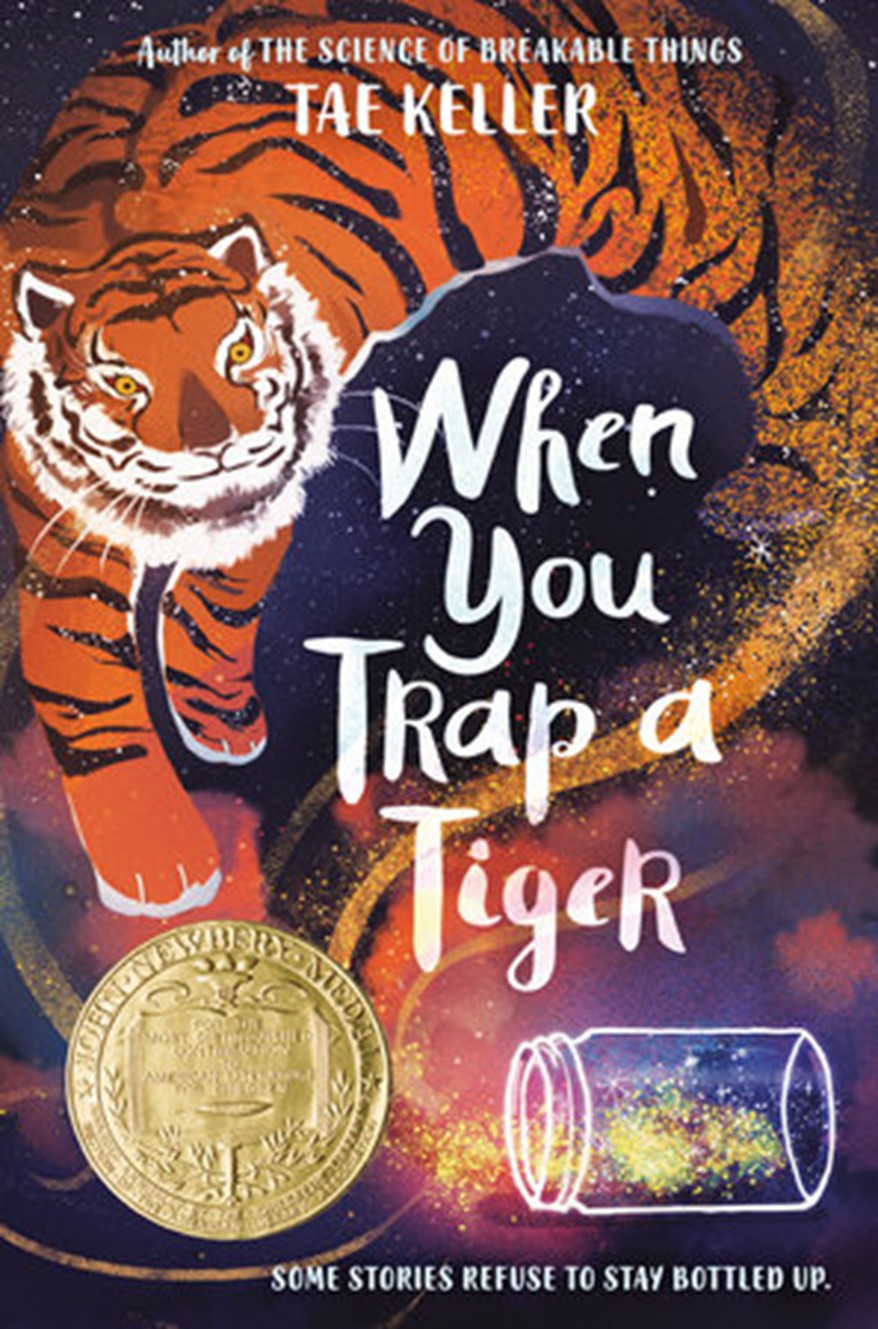 I  must admit I’m a sucker for a story with magic in it, and if it has a base in a country’s folklore,  all the better. When I saw When You Trap a Tiger by Tae Keller on my cart here at the library, it was the cover that drew me in first. I know you shouldn’t judge a book by its cover, but sometimes the cover is so compelling you just can’t help it. The image of a tiger magically erupting from an open jar said “read me;” so I did.  As I began reading, the story pulled me in. Lily and her family are moving in with her ailing halmoni, Korean for grandmother, to assist her. Lily believes she sees a real tiger straight from Halmoni’s stories run across the road in front of their car on the way to her grandmother’s home! So begins a quest to learn about what this tiger wants through Halmoni’s stories of Korean folklore. In the process, Lily uncovers more about her grandmother and their Korean family heritage. Lily’s older sister is at turns an angry teenager and other times her friend. Lily also makes a new friend, Ricky, at the library. Ricky needs Lily’s friendship as much as she does, and the two make a great sleuthing pair.

Keller weaves the magic of storytelling with the stories of ourselves and generations of family while keeping Korean folklore at the book’s heart. While learning about herself and her family, Lily must also learn to deal with larger issues like cancer. In the end, we as readers see the differences in another culture, yet are brought together through the story. At its heart, this book is about people loving their families and finding our own voices along the way to that discovery.

When you Trap a Tiger is available for checkout at Charles City Public Library and through BRIDGES eLibrary. The book is written for a grade 4-6 reading level but is highly enjoyable for all ages.