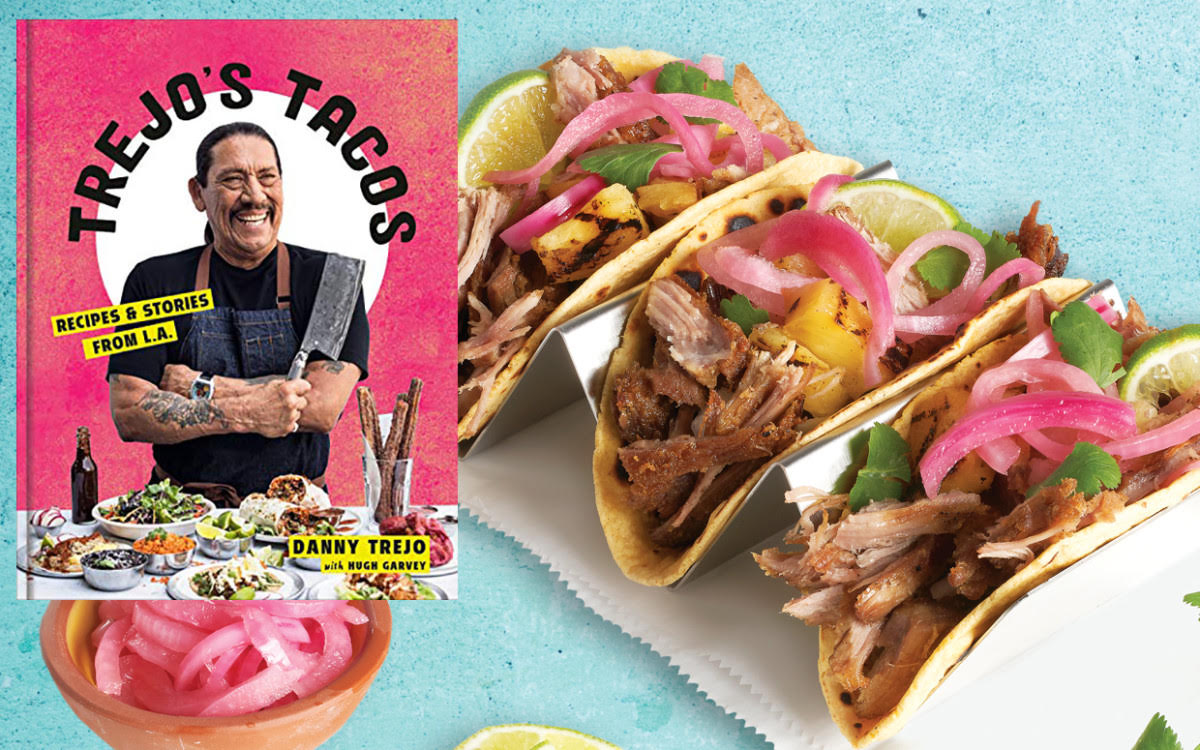 ed when I take a look at the cookbooks in our library to see a huge variety of options – from recipes that focus on dietary restrictions to recipes you can take camping to the published recipes from Better Homes and Gardens, there are a plethora of options to get you excited about cooking. I’ll admit, though, that I was a little surprised to suddenly see that, about a year ago, we’d gotten a cookbook written by the actor Danny Trejo.

“Machete wrote a cookbook?” was my first thought. (Obviously, he did – it turns out he owns some restaurants, too.)

My second thought was, “Huh. I wonder if it’s any good.”

Y’all. Like a fool, I questioned if it was any good.

I certainly haven’t tried every recipe in here, but the ones I’ve made are phenomenal. This includes several of the sauces, toppings, the carnitas, the chicken tikka (yep, Trejo added in some Indian flair!), some of the drinks, and churros. So far, all of it has been an absolute hit with my household and the folks we shared the results with – we’re strongly debating purchasing this book for ourselves, so we don’t have to worry if it’s available at the library when a craving hits!

In some cases, a delicious meal does not automatically mean I recommend the recipe to everyone – some homemade foods are complicated and not worth the trouble – but this is one of those times I have no qualms telling everyone to check this cookbook out. Trejo makes everything about it feel super accessible. Toward the beginning of the book, he takes several pages to go through different ingredients that are frequently used and explain some of the nuances that come with the different options out there; at the same time, he makes it apparent that the cook shouldn’t sweat the small stuff, whether they don’t have exactly the right kind of beans or if they choose not to add every single ingredient for their own reasons. Similarly, he walks through different tools he recommends keeping on hand, but he never gets too picky about it – “If you’ve got a heat source, any old pan, and a decent knife,” he says, “you’re going to be able to make nearly every dish in this book.” That’s definitely true: I didn’t have every suggested kitchen gadget, but what I made turned out delicious. You even learn a little more about the man in the process! Between the recipes, we get a glimpse at his life in LA and a few stories of his favorite restaurants and of his mom, who was his inspiration for getting into the restaurant business.

My only word of caution: if you don’t like spice, definitely go for fewer peppers than he suggests. You can always make his hot salsas to add a kick back in later.

If you’re interested in checking out Trejo’s Tacos to try making its food for yourself, it’s available at Charles City Public Library – call us at 641-257-6319 or stop by to see our copy today!