Imagine this: a story with the drama of A Song of Ice and Fire in a graphic novel format, except set in space. 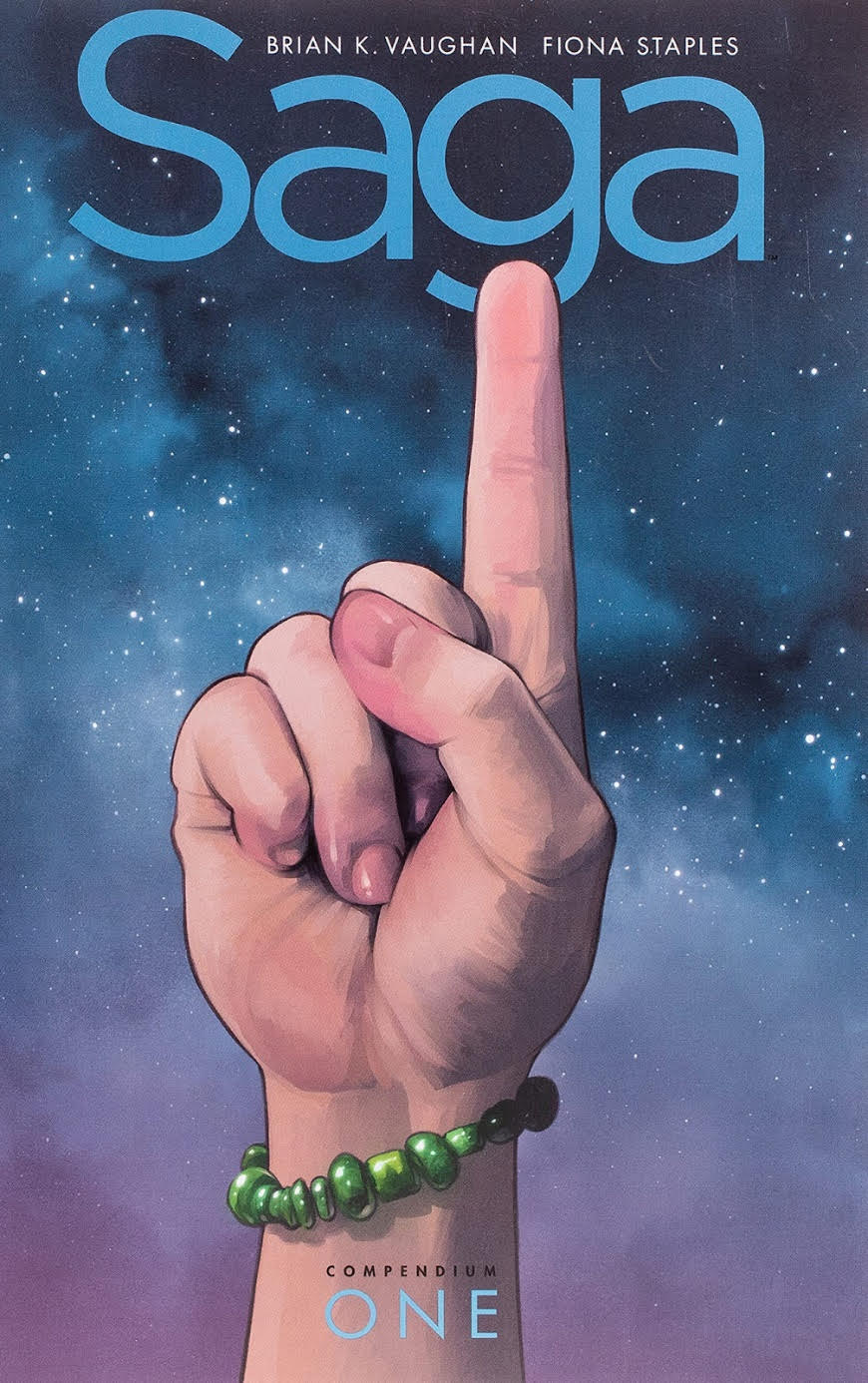 Saga is a sucker-punch of a narrative, and it left me reeling up until the last page. It’s complicated on top of complicated, and the characterization is so well presented it’s painful. Its core is the story of two parents - set up as star-crossed lovers from opposite armies in a galactic war - and the risks they take for the daughter they have. That said, there’s an amazing cast of supporting characters who all have their own storylines and growth alongside our protagonists. To name a few, there’s a prince who’s willing to do whatever he needs to reunite with his son, two reporters whose relationship is illegal in their native society, a child who’d been sold into sex trafficking by her family, a transgender woman who takes no crap from anyone, and a writer who’s lost everything to the war that’s taken over the galaxy… again, to name a few.

I feel like even trying to describe the book, beyond what I’ve said so far, would be doing it a huge disservice. The intricacy of the intersecting narratives is marvelous. For having so many characters and taking the reader in so many different directions, the creators have done an astounding job weaving it all together to make a beautiful and heartbreaking story (were I to try creating this type of narrative, I doubt it would even be coherent). Disregarding that all characters are already some flavor of space creature, they’ve included a ton of diversity as well - skin tones vary, philosophies vary, sexual orientations and genders vary - and this is really what makes the conflicts and reconciliations in the stories work.

Last but not least, the artwork is stunning. It’s bright and beautiful, but it’s simultaneously gritty and realistic. If you want to know what that means, you’re going to have to pick it up.

Saga is available in Charles City Public Library’s fiction section. Check out our copy today by stopping in or calling 641-257-6319!