Book Review: My Sister, The Serial Killer by Oyinkan Braithwaite

In Oyinkan Braithwaite’s short novel My Sister, The Serial Killer, our protagonist Korede has to grapple with this question a lot. She’s the older of two sisters - the one who’s supposed to be responsible and take care of her little sister, Ayoola - and boy does she get tired of that responsibility when Ayoola picks up a habit of killing her boyfriends. Incidentally, that’s right where the book starts: Ayoola has killed her third guy, and even while Korede is cleaning up the blood, she’s essentially thinking to herself that “three murders mean you’re a serial killer” and wondering what she’s gotten herself into. 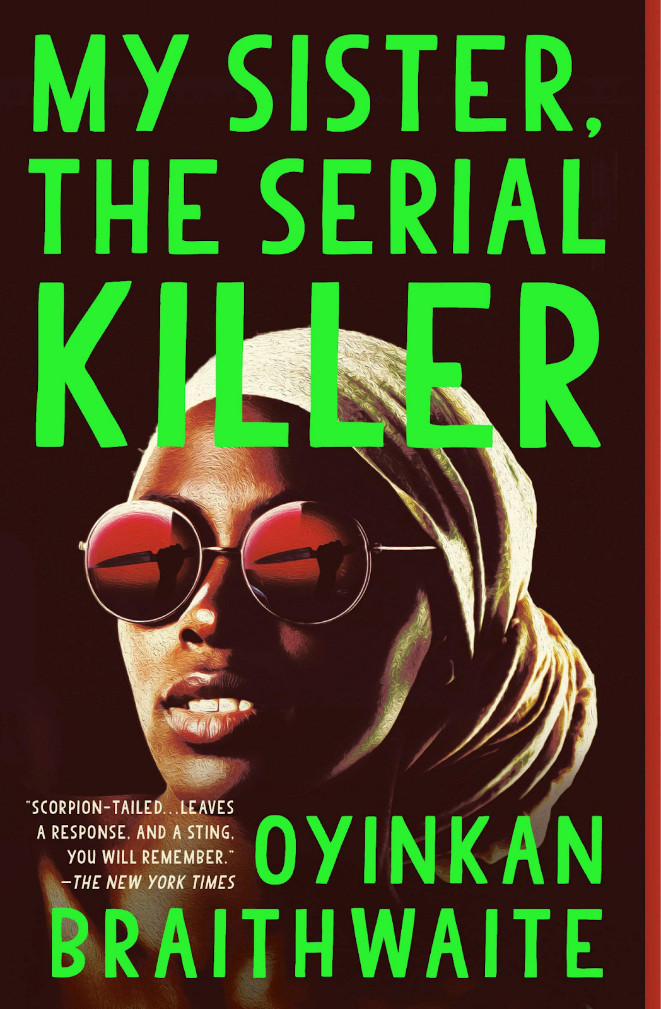 We find out, in short order, that it’s impossible to say no to Ayoola. Korede is perhaps an average-looking woman; Ayoola has a natural beauty that makes those around her cater to her every whim and draws every man to her like a moth to a flame… and, ultimately, it means she gets away with far, far more than she should. Still, Korede finds solace in her job at a local hospital, where she rises through the nurses’ ranks and can’t help but pine after a kind and handsome doctor named Tade. But when Tade briefly meets Ayoola and asks Korede for her sister’s phone number, Korede finds she has to reckon with the inevitable - does she risk throwing her family into jeopardy for the sake of this man, or does she say nothing and leave his fate to the whims of her sister?

My Sister, The Serial Killer was wickedly entertaining and chock-full of intense build-up and plot, which I found a pleasant surprise considering how short the novel actually is. There were even two side-stories, relating to a coma patient in the hospital where Korede works and flashbacks to Korede’s abusive father, which helped to build the momentum and color the choices the characters make... And boy oh boy do they make choices. Some of them made me, as the reader, exclaim in relief while others had me biting my nails. Because of these characters, this novel is a little like watching a train wreck in slow-motion, and I found it exciting enough that I think it would make a great book club pick.

If you’d like to see how Korede’s conundrum ends, My Sister, The Serial Killer is available both in Charles City Public Library’s physical collection and through BRIDGES and Libby as an audiobook or ebook. Check it out in an electronic format by logging on to Libby or come in or call to check out our print copy!