“All good secrets have a taste before you tell them, and if we’d taken a moment to swish this one around in our mouths, we might have noticed the 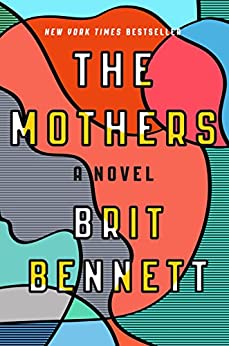 sourness of an unripe secret, plucked too soon, stolen and passed around before its season. But we didn’t.”

Thus begins The Mothers, the 2016 debut novel by Brit Bennett. The sour secret, as the reader finds out mere moments later, is that seventeen-year-old Nadia Turner had gotten pregnant by the local pastor’s son, Luke, and went to the abortion clinic to “take care of it.”

The book examines how this event affects decisions Nadia, Luke, and Nadia’s best friend Aubrey make beyond their last days of high school and into their twenties. It’s a masterful portrayal of a complex topic, as the characters never deem that it was the right or the wrong choice. In their youth, between the few options they had, it’s depicted as simultaneously a relief and a regret. It isn’t accurate to say that the truth of the matter “haunts” them all, as if it follows them at every turn, but like any significant choice a person makes, there are moments where they all ask themselves, “What if?” Bennett never has to go too far into the hypotheticals because we learn Nadia’s own deceased mother had gotten pregnant with her at seventeen. If Nadia had made a different choice or if her companions had supported her differently, it’s apparent what the characters assume her life would have looked like.

Even so, Nadia and all the other women in the novel are mothers in one form or another. Some come home to take care of their parents, some see a need and step in to take care of their community, and some are literal mothers who’ve raised their children and left the scene. Nadia’s mother has committed suicide before the novel begins. Aubrey’s mother is still alive, but she has chosen to be with a man who abused her children and still abuses her. Luke’s mother is present, but she is protective in ways that can be both sympathetic and sour for readers. In an additional layer are, literally, The Mothers – a gossipy group of church elders whose voices form a collective Greek Chorus of judgement. Between their comments and Bennett’s beautifully portrayed characters, readers can expect that nobody will come out unscathed at the end of this novel.

The Mothers was selected as the 2020 All Iowa Reads and is available for checkout at the Charles City Public Library and through the eLibrary BRIDGES.