Sometimes, a wholesome romance about two high schoolers falling in love is exactly what I need. Fortunately, that’s exactly what Alice Oseman’s Heartstopper series is all about. 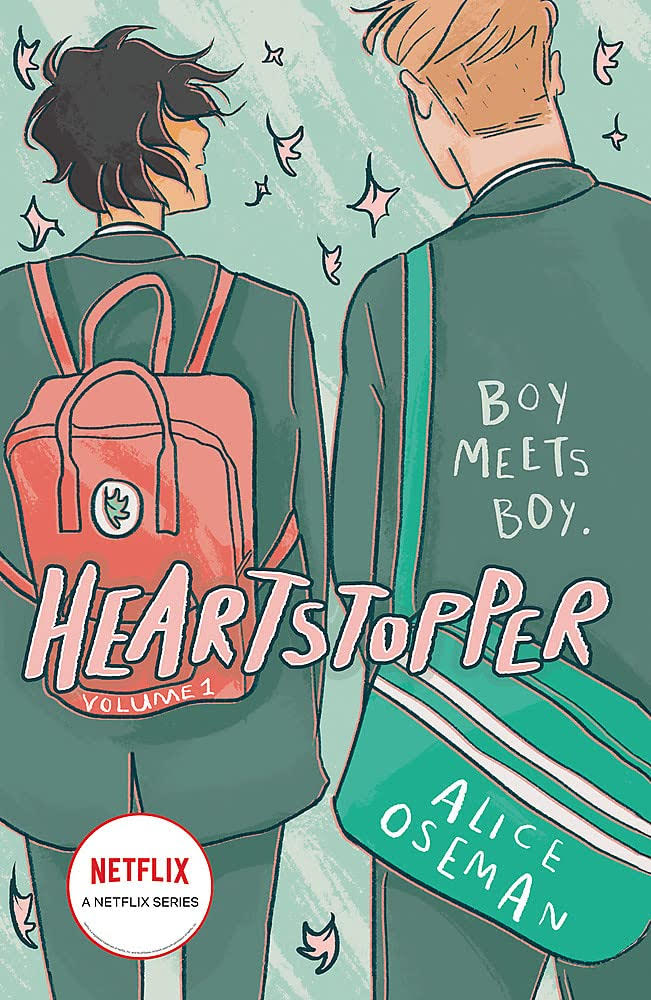 I’m intent on giving as little away as possible, but here’s the basic premise: Charlie is a teenage student out of the closet when he meets Nick at his British grammar school. Nick has never identified as anything but straight, and yet, as the months go by, he and Charlie become best friends and develop significant crushes on each other. How do they bridge that gap, though, to become something more? And how do they handle all the challenges that come their way?

These graphic novels are fantastic – it’s no wonder that the story is so popular and has gotten a tv series! While the characters have their problems, Oseman handles them in ways that stop them from being too overwhelming to readers. I think she deserves significant praise for her portrayal of issues that any teen can face and how they can be tackled. At the same time, all the teens feel like teens rather than mini adults; often, the characters are too smart and (at some hilarious moments) too inexperienced for their own good.

That said: I immediately called this romance “wholesome” in my opening, and I want to emphasize that this is, by far and large, one of the most heartwarming series I’ve ever read. Call it a spoiler if you will, but there’s never really any doubt that Charlie and Nick get together – the fun in the books is the story of how they get to that point. Oseman’s drawings of them only emphasize the sweetness as that plotline plays out, and it’s no surprise that the emotional journey these boys take has won people over around the world (including me!).

If you’re interested in checking out Hearstopper to read the magic for yourself, it’s available through Libby as an ebook or as a physical book at Charles City Public Library – call us at 641-257-6319 or stop by to see our copy today!