What do a bridge, bowl of limes, and a man in a costume rabbit head have to do with each other?

You’re possibly thinking, “Huh? Are you nuts?” much like I was through the first portion of Anxious People by Fredrik Backman. It starts as a jumbled story, similar to my question, but I promise: I wouldn’t be writing a review on it if there weren’t plenty of redeeming qualities.

Anxious People is exactly what it says on the tin. What you ought to know going in: this is a botched story about botched people 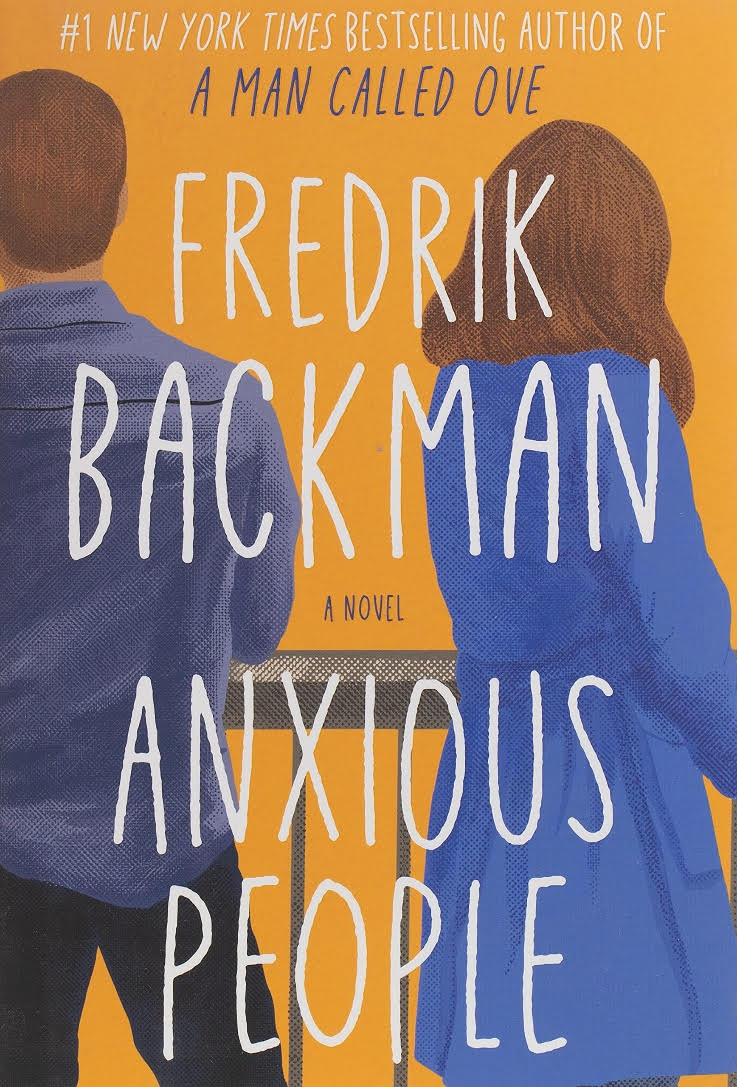 If you can read that paragraph and are still intrigued, that’s a good sign that Anxious People might be the book for you. Much like trying to figure out the connection between a kid’s drawing, closet cheese, and a prescription for sleeping pills, Anxious People starts off as something of a fever dream that doesn’t make much sense. Honestly. It’s pretty humorous, but Backman chose to jump around all over the place, and I almost threw in the towel about a third of the way through. This wasn’t because I didn’t understand his writing choices – the style he used is effective for getting across the barely-together sense of panic the characters feel – but the understanding didn’t translate into enjoyment at first. The main things that kept me going were a specific recommendation that “it all comes together” and the knowledge that Backman’s novel A Man Called Ove was a masterpiece.

At the end of the day, I did like it, and with the warning “he jumps around a lot” added in, I’d even recommend it to other people. The characters are all distinctive and, somehow, are both easy to relate to and enigmas to the reader all at once. Backman does a good job of keeping things mostly lighthearted and balancing with a few serious moments discussing suicide and other difficult feelings the characters have; at the same time, he manages to make a book that could have been entirely serious into something funny and heartfelt. Accidents lead to more accidents lead to more accidents lead to something resembling a happy ending for everyone.

But if you’re looking for a detailed answer on how the bridge, the kid’s drawing, the limes, the cheese, the rabbit head costume, and the sleeping pills are all connected, I’m sorry to disappoint – you’ll have to read Anxious People to figure the specifics out. Charles City Public Library has a copy in regular print and as an audiobook – call 641-257-6319 or stop in today to check it out.