Would it be worth living forever if you could never make a mark on the world? Our protagonist of The Invisible Life of Addie LaRue, by V.E. Schwab, has to struggle with this as she is forgotten by everyone again and again and again, creating one of the most fascinating and fantastic books I’ve read yet this year. 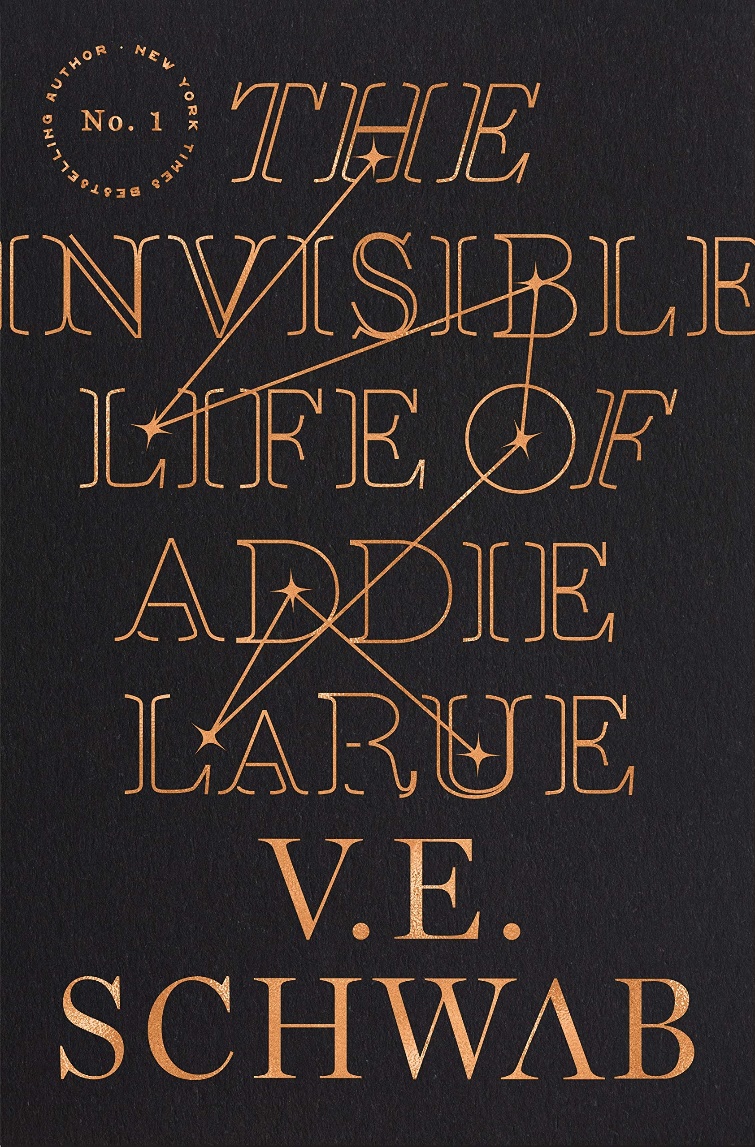 The aforementioned protagonist is Adeline LaRue, a young girl from a fictional village near Le Mans, France. She has dreams of a bigger life than her rural community has planned for her, and to her horror she finds herself out of time and about to lose her freedom in 1714 – and it’s then that she makes a desperate bargain with a Faustian being. The cost for her freedom and immortality, she discovers, is that she is hardly more than a shadow: while she can physically interact with people and objects, she is unable to be remembered, she is unable to leave any literal mark on the world around her, and she is unable to even say her own name.

The story alternates between Addie then and Addie now, still around and unwilling to give up her extended life to the dark being who brokered the deal with her 300 years ago. In 2014, she wanders New York City as a ghost who knows the limitations and loopholes of her curse by heart. After three centuries of wandering, she has become used to her solitary existence and erasure from memory…

Until she has multiple run-ins with a bookstore worker. And, for the first time in 300 years, someone Addie has met before remembers her.

I’m not willing to divulge much more than that, as I believe this is a book that’s best going in blind, but I rarely read novels so extraordinary that they live in my head for a long time afterward. This book, though, is one of those – it’s a beautiful meditation on what makes us human, what we’ll do to achieve happiness, and what prices we’re willing to pay for those we love. Schwab did a wonderful job developing her characters – some of whom have their lives span across centuries, mind you – and the careful wording and repetition excellently reflected Addie’s own life of repetition through all that time. A quick look at Goodreads reviews is enough to warn that some folks will find the style annoying, but I found it enchanting and engaging through the entire story.

If you’re interested in reading The Invisible Life of Addie LaRue, it’s available at Charles City Public Library as an ebook on Libby, a downloadable audiobook on Libby and Hoopla, or in a physical format. Contact us today to access a copy by calling 641-257-6319 or coming in during our open hours.